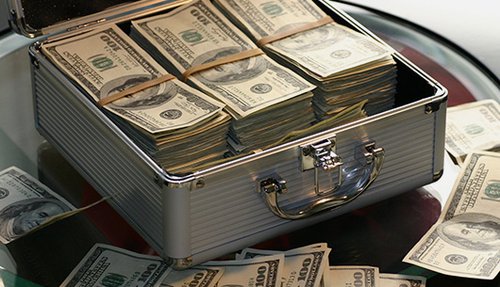 What happens after a foreclosure sale when the home does not sell for enough money to pay off the mortgage? Mortgage companies can collect the remaining balance, which leaves people owing tens of thousands of dollars after already losing their homes. Read on to find out what you can do about it.

A deficiency judgment comes when a mortgage company seeks to collect the balance remaining on a mortgage after a foreclosure sale. Before the real estate market fell apart, people seldom had this problem. Even in a short sale, mortgage companies sometimes insist on the homeowner agreeing to the deficiency judgment before the sale closes. Here’s a typical example: a mortgage balance is $200,000, but the amount of the sale is $150,000, which means the former property owners are liable for the deficiency of $50,000.

Until recently, homeowners were protected from foreclosure deficiencies under the Mortgage Forgiveness Debt Relief Act. This act expired on December 31, 2013. Foreclosures that concluded in 2014 and after can have a deficiency judgment for the unpaid balance of the loan and attorney’s fees. In addition, interest will accrue until the judgment is paid. Until home values rise, deficiencies will pose a serious problem for many people.

In the past, anti-deficiency protection only applied to mortgages for the acquisition of property or to junior mortgages for the purposes of enhancing the value of a home. Additionally, most second mortgages and home equity loans that were obtained after the purchase of a home were not protected by the Mortgage Forgiveness Debt Relief Act.

Exceptions To Deficiency Judgments In Foreclosure

The following may count as exceptions to deficiency judgments in foreclosure:

What You Can Do If Faced With A Deficiency

Although you can try to negotiate the amount and payment terms of the deficiency, most people do not have the funds to pay even a portion of the thousands still owed. If this sounds like you, then you may need to file bankruptcy.

Chapter 7 bankruptcy will discharge the debt so that you will not have to pay anything further after losing your house. Even if the Chapter 7 was done before the foreclosure took place, the debt will remain discharged as long as you do not reaffirm the mortgage debt. This is probably the best option to avoid a money judgment.

The deficiency balance can also be discharged in a Chapter 13 bankruptcy on one of the following conditions: the confirmed plan “surrenders” the property, or the automatic stay was modified during the Chapter 13, thereby allowing the mortgage company to complete the foreclosure without any possible deficiency judgment.

Both types of bankruptcy put a stop to court proceedings to collect on a deficiency, regardless of how far along it is. If a mortgage company is just starting to sue for a deficiency or is about to get a judgment and garnish the borrower’s paychecks, bankruptcy can provide the borrower with fast relief, including no more court notices, no more garnishments, and no more frozen bank accounts.

Second mortgages are a special problem for property owners, including homeowners. Second mortgage companies generally do not file foreclosures or bid at sheriff sales, so they get paid nothing when the home is sold. However, second mortgage documents include a promissory note which dictates that the property owner can be sued even after foreclosure. For example, if the homeowner has a second mortgage of $15,000, then the mortgage company could file suit on the note itself. Upon obtaining a judgment, they could pursue the homeowner in the same way as any creditor. This means they could garnish wages, garnish bank accounts, and even seize non-exempt assets. Just like any other judgment, Chapter 7 or Chapter 13 bankruptcy is often needed to put a halt to the collections.

A chapter 7 bankruptcy is a filing with the U.S. bankruptcy court to obtain a discharge of listed debts. In ...
Learn More

A chapter 13 is a form of a repayment plan. Certain debts have to be paid 100%.
Learn More

Corporations (including Not-For-Profit Corporations), Partnerships, and Individuals who exceed the debts limits for a Chapter 13 are candidates for a ...
Learn More

REACH OUT TO GET STARTED

Tell the team how they can help you eliminate your debt. They'll be in touch as soon as possible.